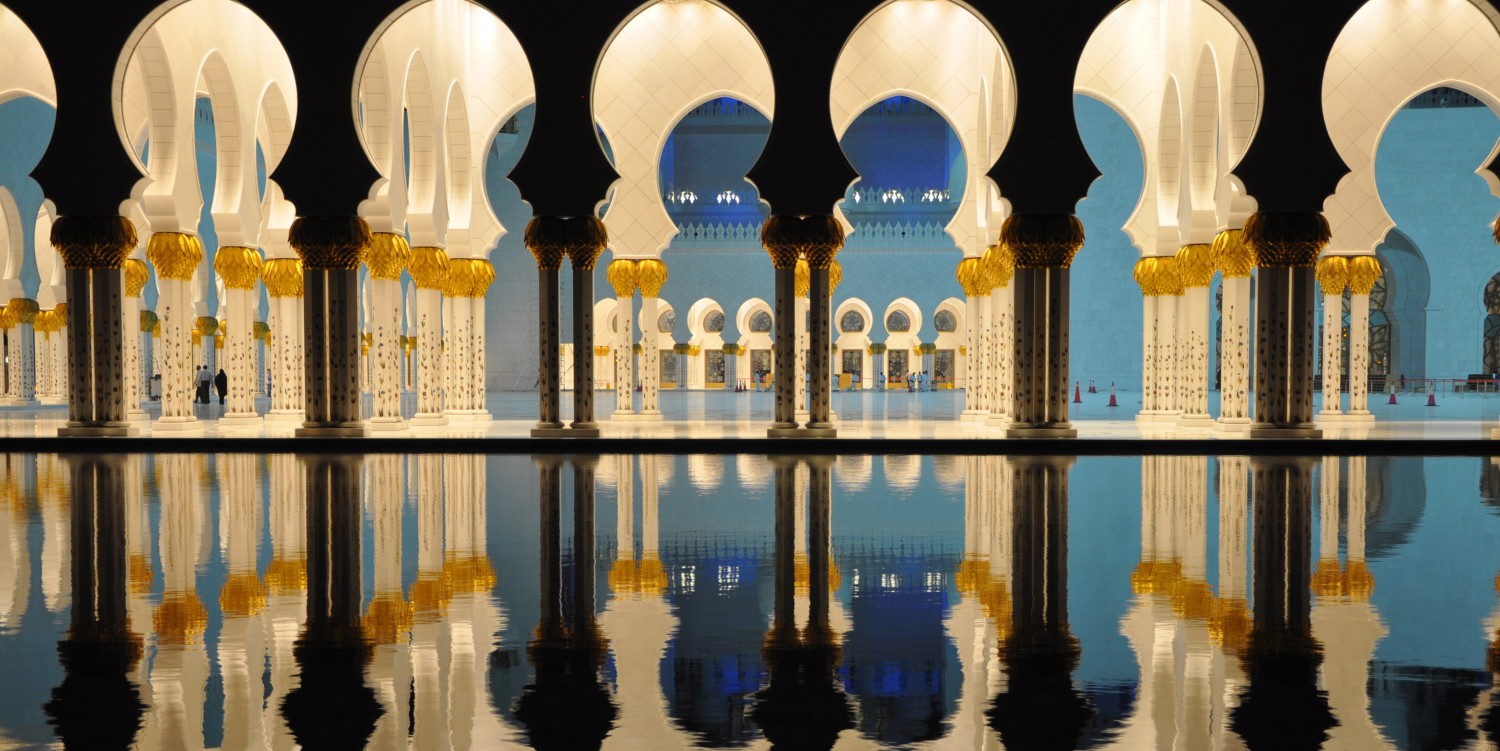 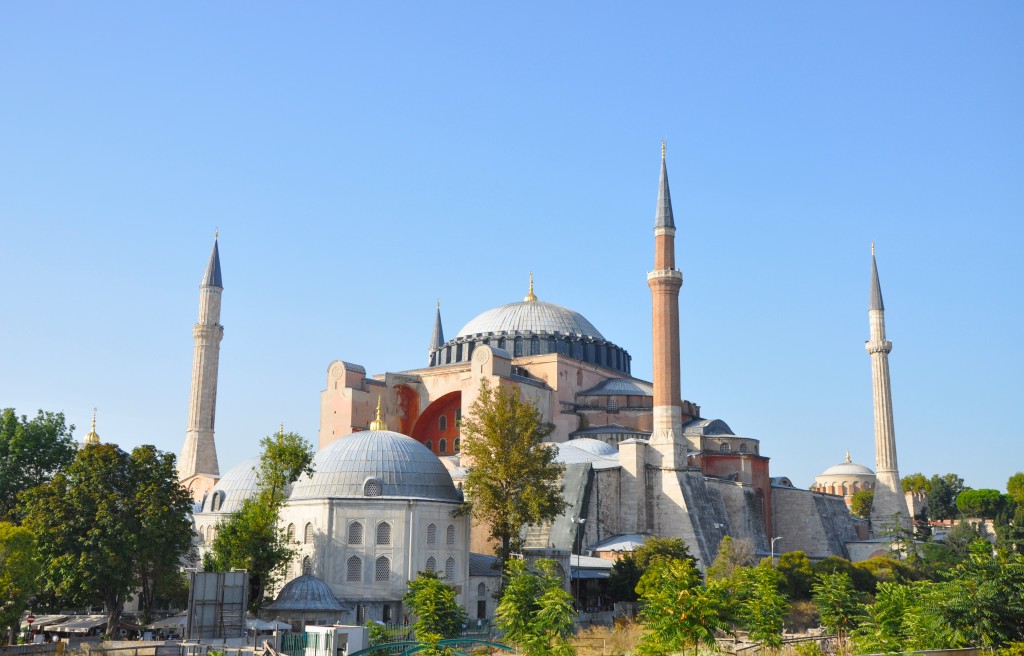 After a long but enjoyable flight from the United States via London we finally arrived in Istanbul, Turkey. Crowded and chaotic, the taxi line was our first glimpse at how things might function in Turkey. It took forever to get a taxi, but once inside, our glimpse of craziness turned into one of beauty. The bustling city is a museum in itself, full of history and architectural design created over the course of many civilizations, old and modern, that holds on to it’s heritage while comfortably adapting to western influences.

Our formula one taxi driver sped away to the Sultanahmet district, the heart of historic Istanbul, our home for the next few days. We arrived at the prison turned luxury hotel, the Four Season Istanbul at Sultanahmet, steps away from many of the sights we wanted to explore on our first visit to Istanbul. We checked into our room, dined al-fresco at the hotel restaurant Seasons, and planned our itinerary to explore this beautiful city. 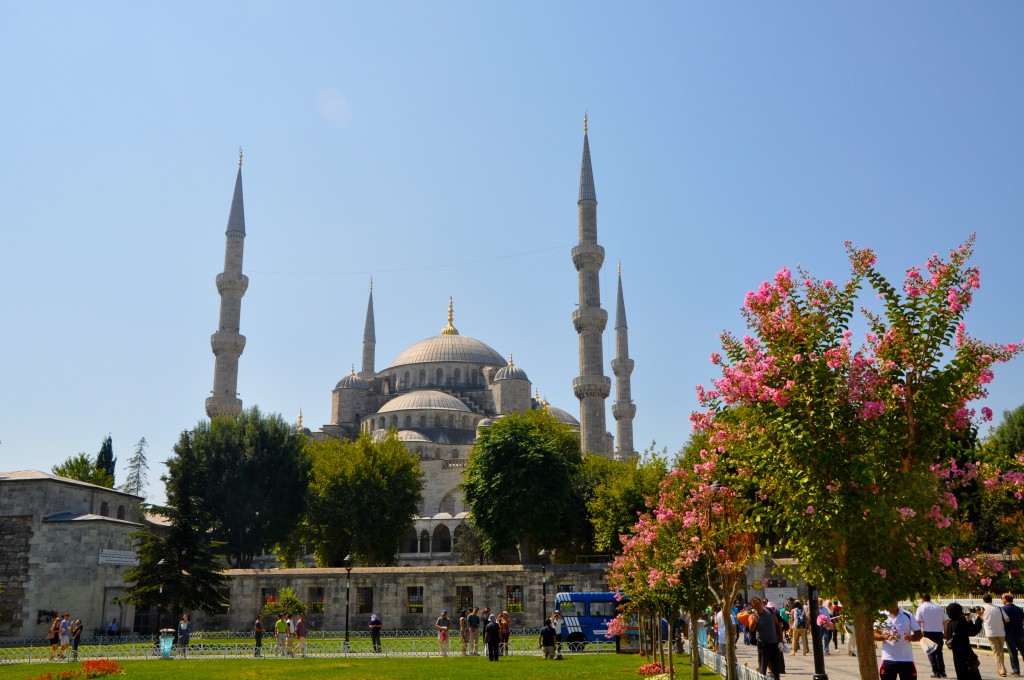 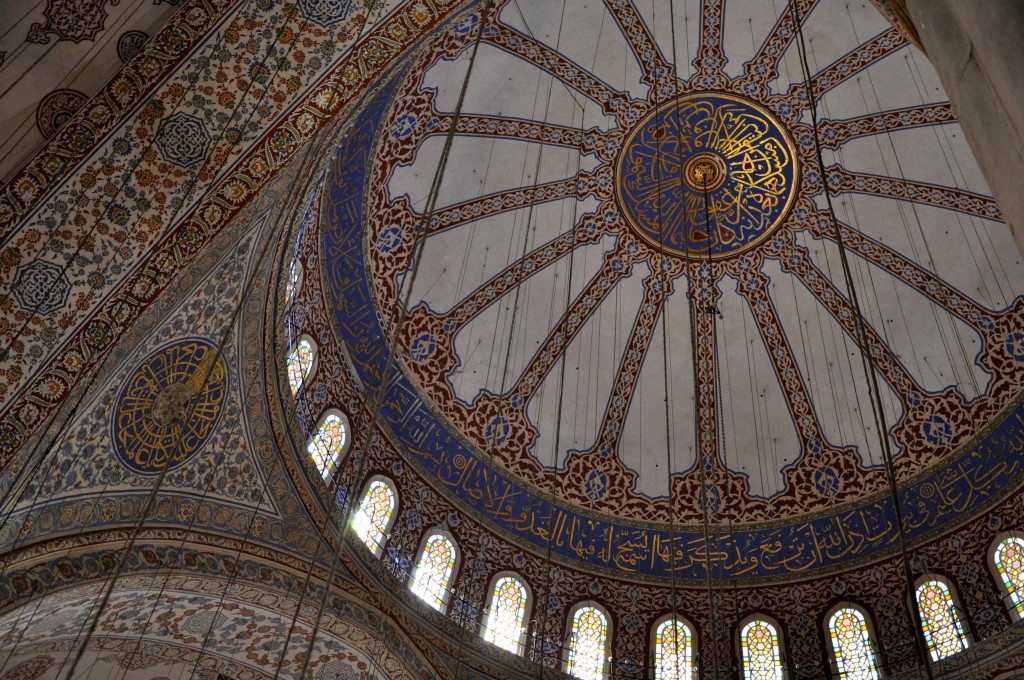 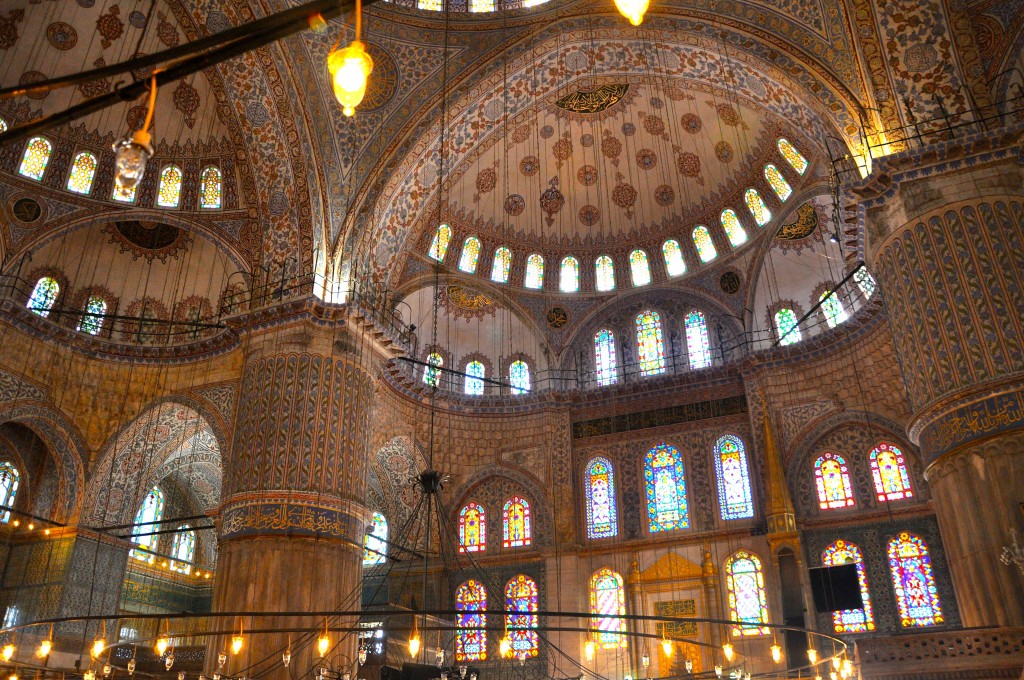 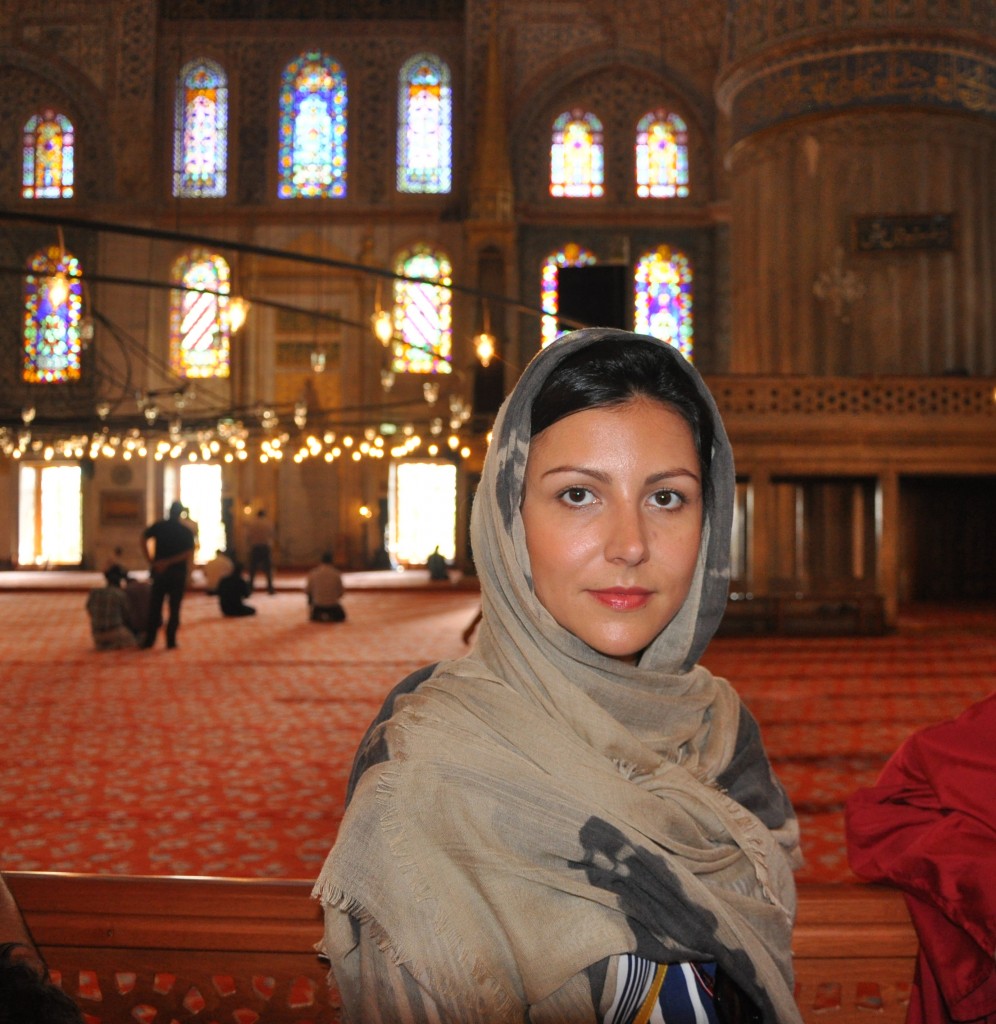 Sultan Ahmed Mosque – make sure to cover up before going inside 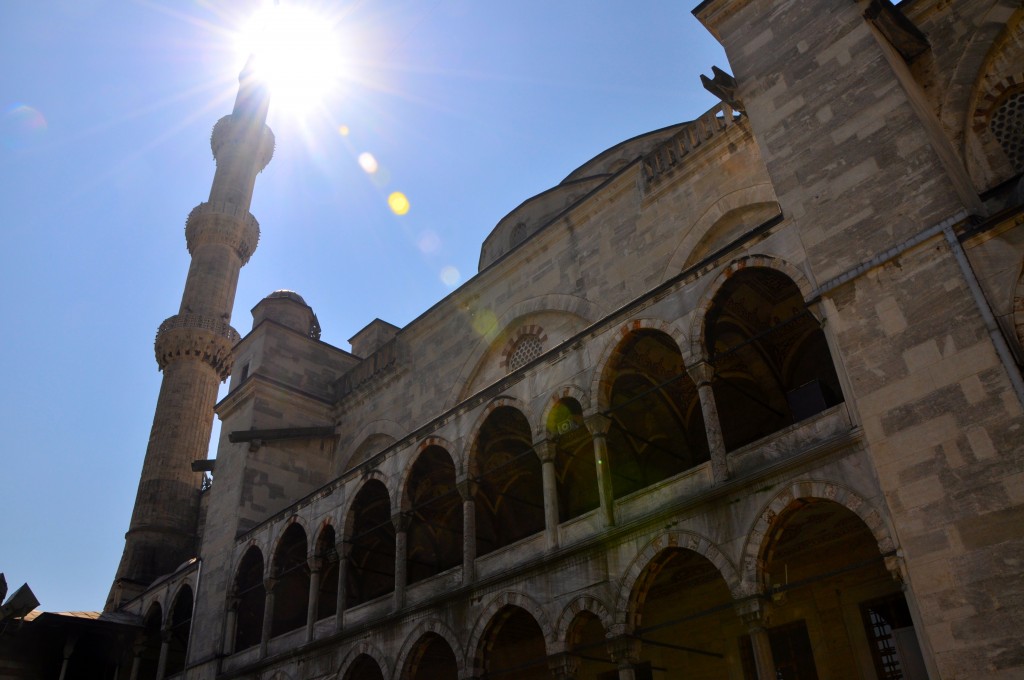 Istanbul is a popular destination for many tourists. Our first stop was the incredible Sultan Ahmed Mosque, built during the Ottoman period.  Also known as the Blue Mosque, due to the many blue tiles that adorn its interior walls, it is a beautiful structure and a must see when in Istanbul. We experienced long lines to enter most of the sights, but easily accessed these with a 5 day museum pass purchased at our hotel for 85 Turkish lira. This was a 30 lira savings if you purchased the card from any outside ticket vendor. The entrance fee to the Mosque is free, and you are required to wear certain clothing to respect the rules of the Mosque, however they will provide outerwear for those who are dressed inappropriately.  The Mosque itself is exquisite, the mosaic and the carpets were all impressive.  The entire Sultanahmet Square area is the perfect setting for tourists as everything is within walking distance, and as you walk, you are in constant view of many of the cities spectacular sights. 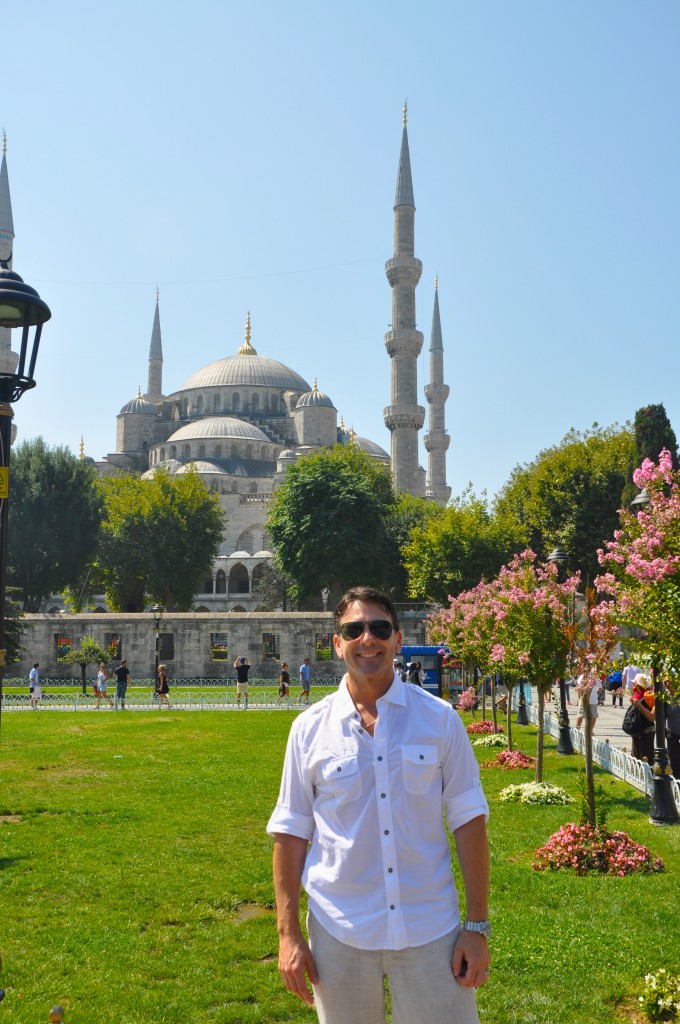 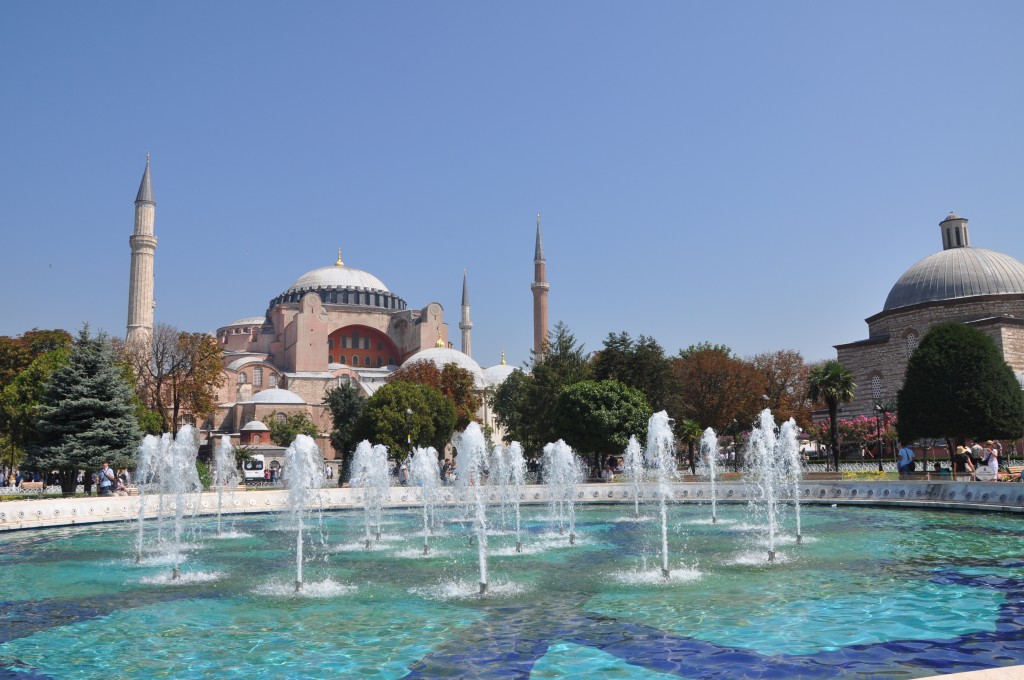 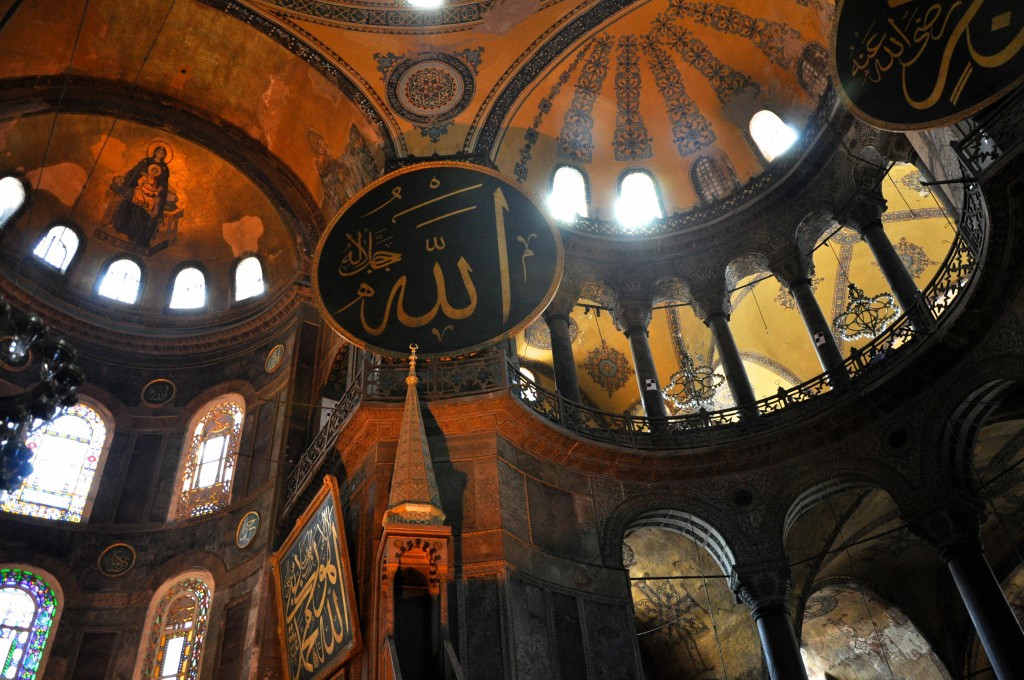 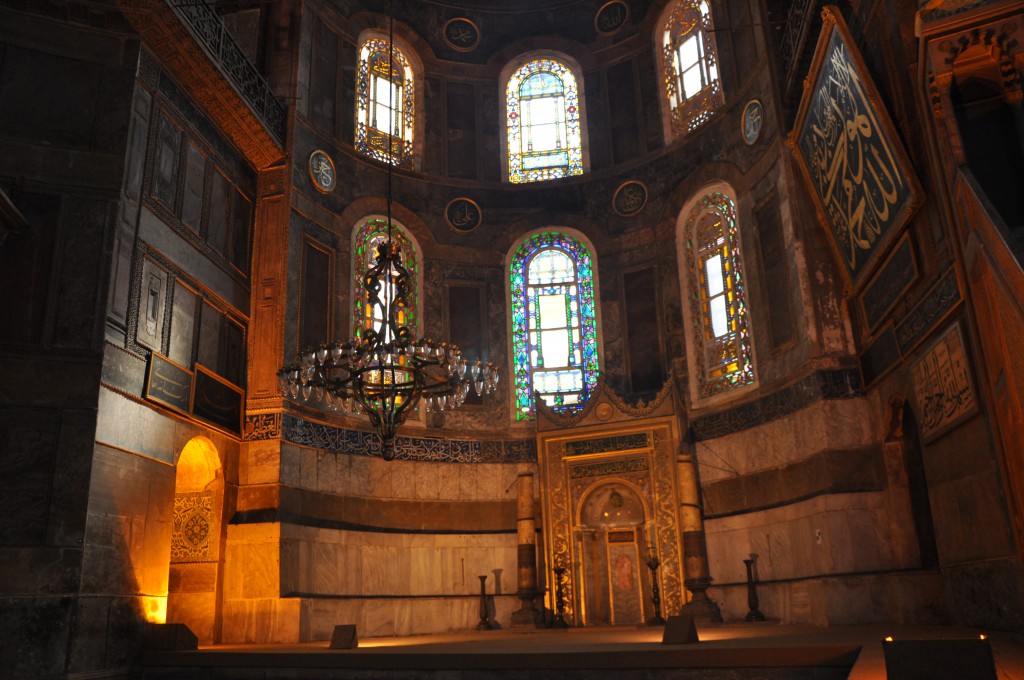 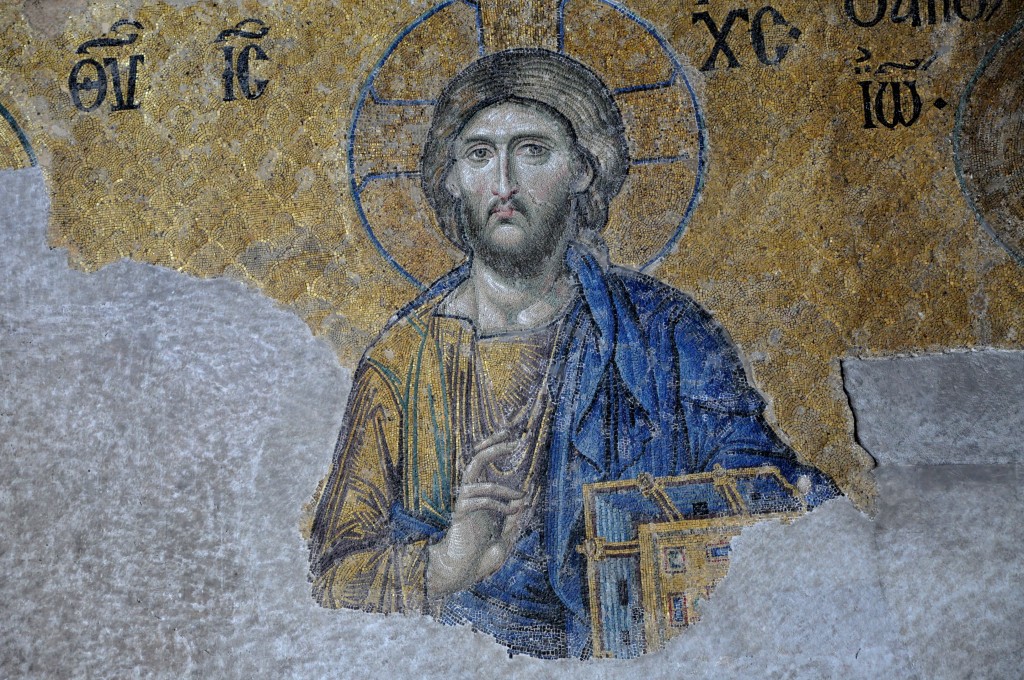 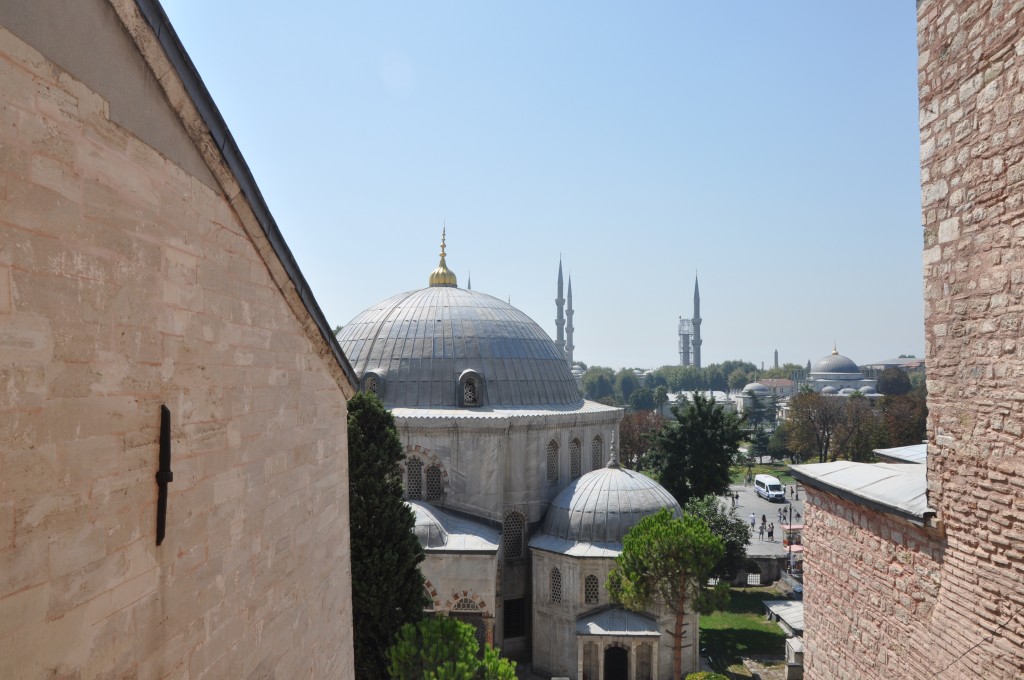 We made our way from the Blue Mosque through Sultanahmet Square past the vendors selling misir (corn on the cob) simit (a pretzel like bread covered with sesame seeds) and the dancing water fountains to the Hagia Sophia.  From the square you can view both the Blue Mosque and the Hagia Sophia. It’s a wonderful place to sit on one of the many benches and soak up the atmosphere of this historic place. The history of the Hagia Sophia, important for both Byzantine and Ottoman empires is very interesting. First built as a church but later converted to a mosque and now a museum for all to enjoy. With our museum pass, we skipped past the long lines of tourist groups and made our way into the museum. Be sure to look for the mosaics on the second floor, where you’ll also get a glimpse of the Sultan Ahmed Mosque, and the Bosphorus River in the distance through many of the windows. You may also hear the call to prayer while you are there, which created a surreal experience for us. 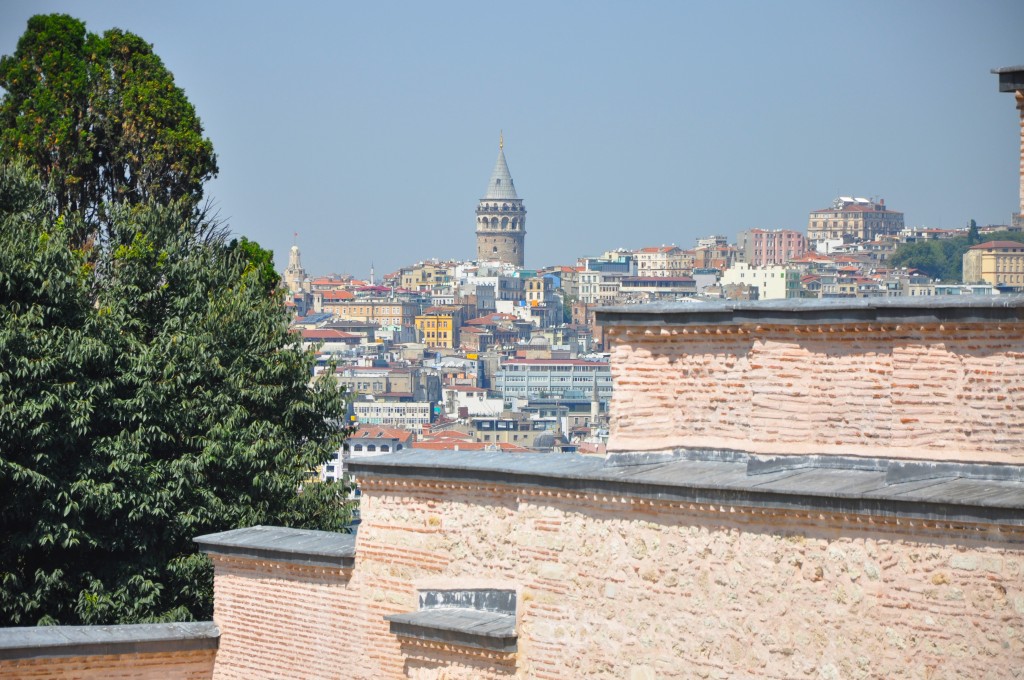 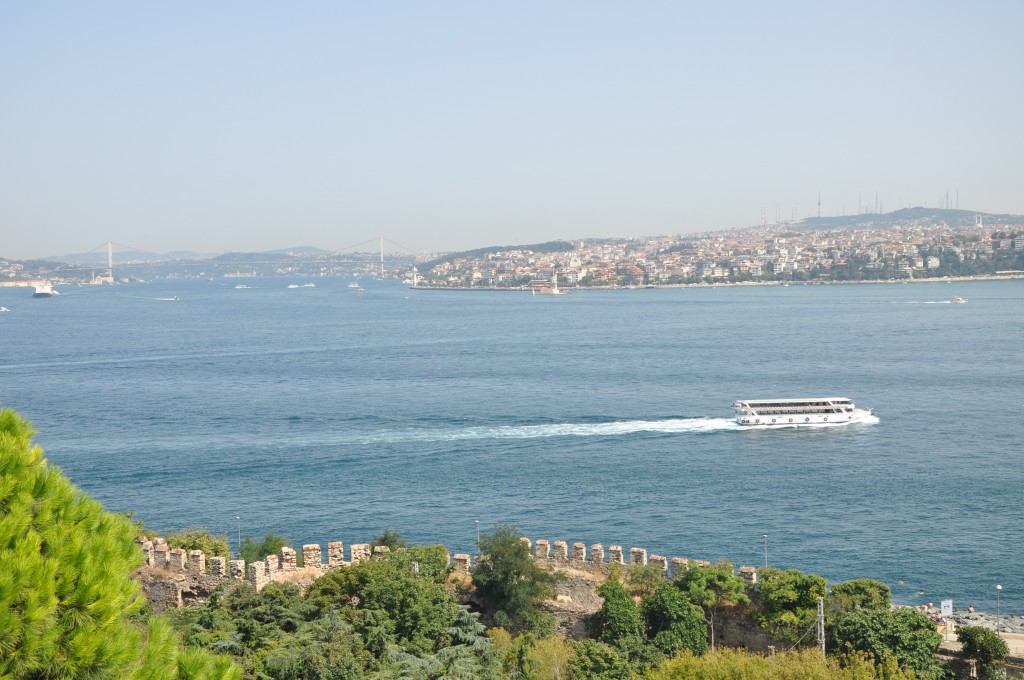 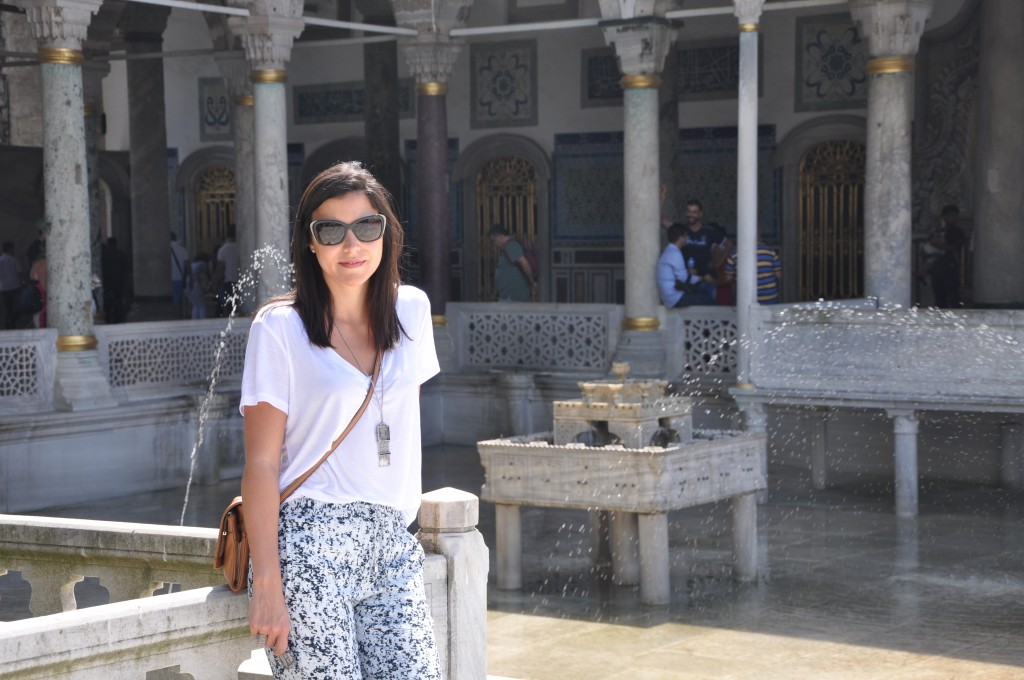 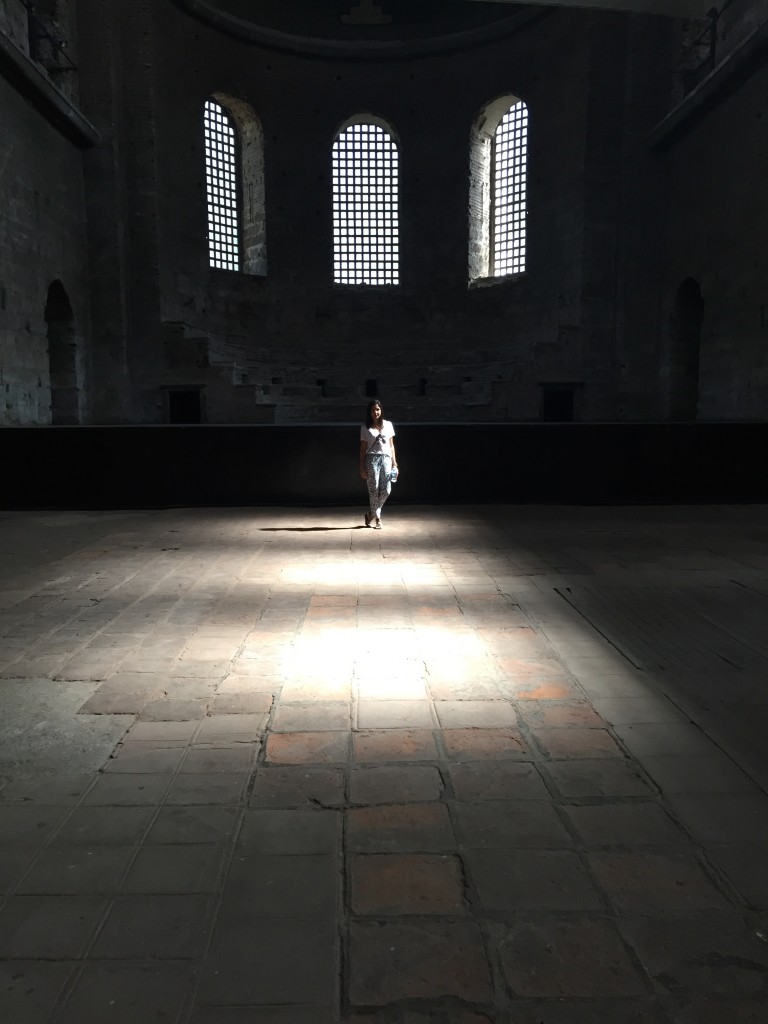 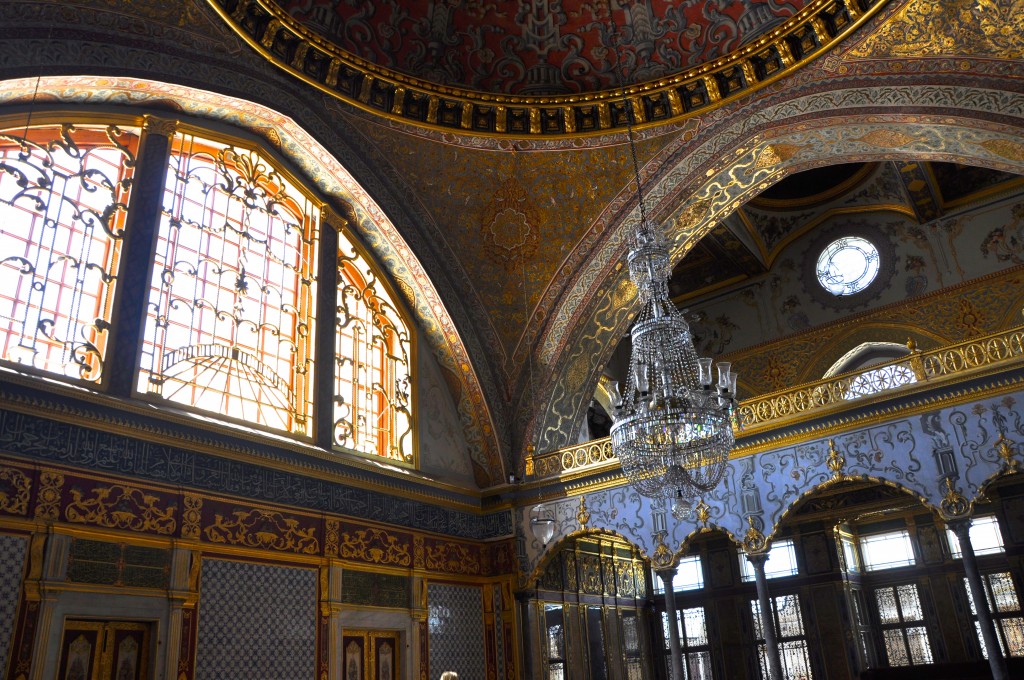 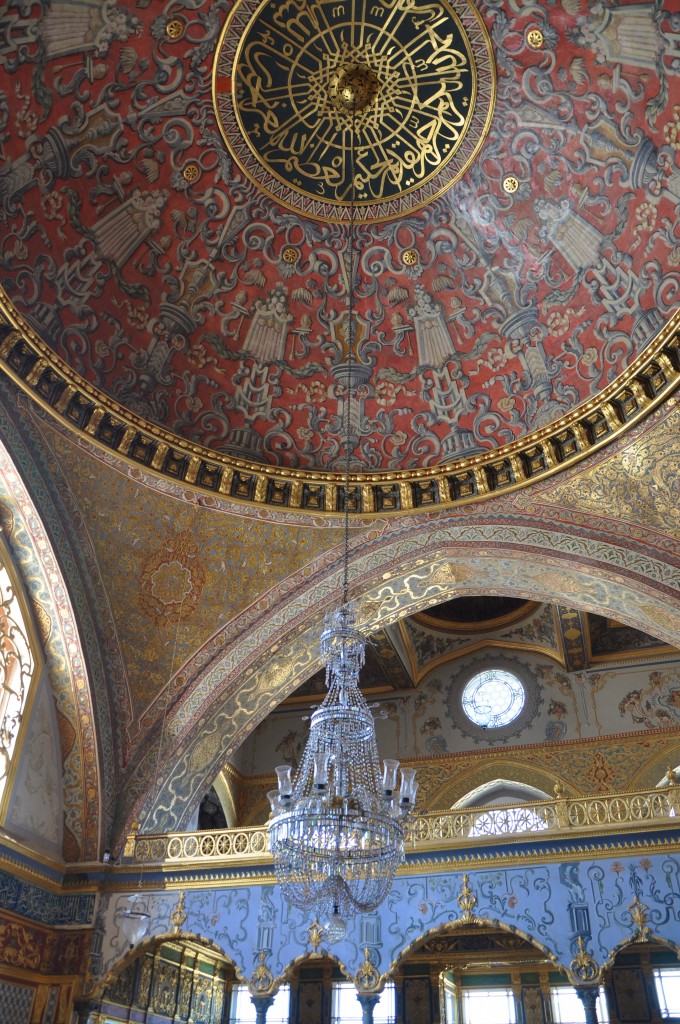 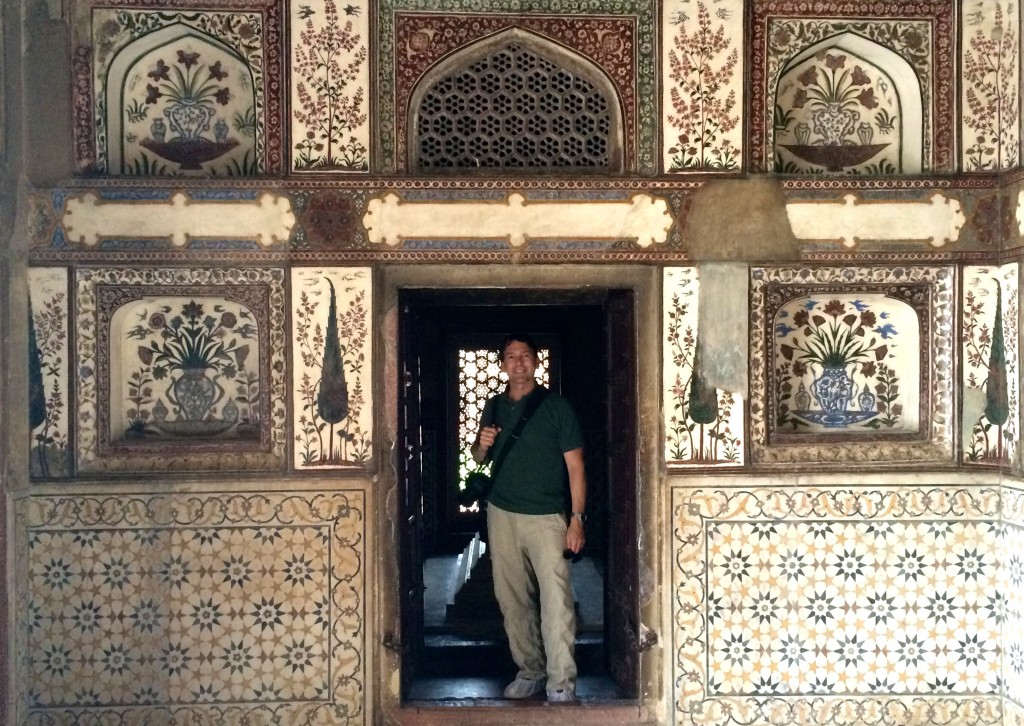 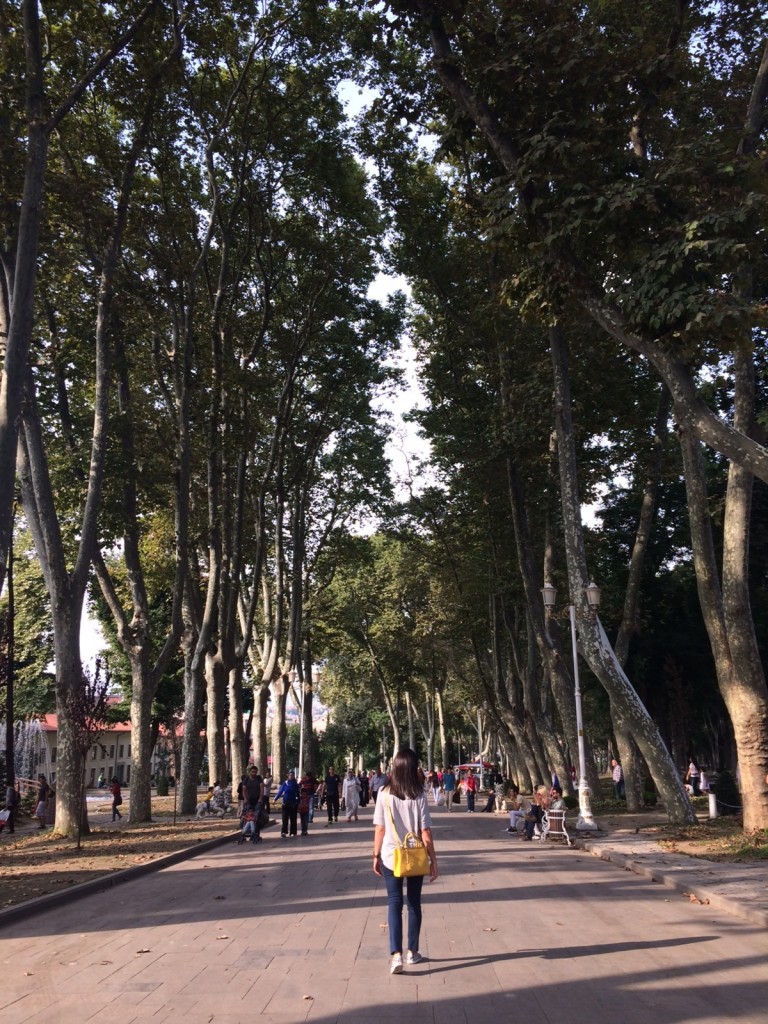 One of the most popular attractions in Istanbul is the Topkapi Palace. Allow some time to explore the Harem and all the other sights within the palace grounds. The grounds are extensive and adorned with many trees, we enjoyed our stroll through this once palace to the sultans. We began our visit in the Harem. The Harem is an additional cost, but is included with the museum pass, which made entry into the Topkapi Palace swift and easy. These apartments housed the family of the Sultans. Audio guides are available but we did some research before and followed our guide book which described each of the apartments in detail. There are many things to see in the palace, and the amount of time you spend there is dependent on how much of it is of interest to you. We found the Crown Jewels and the kitchens of the Sultans to be the most interesting. If  you make your way through the gardens to the walls of the palace you’ll be rewarded with some incredible views of the Bosphorous River, the Sea of Mamara, and both the European and Asian side of Istanbul. There is a cafe located just below the viewing point, which may be a good choice if your looking for a break, with outstanding views. There are several kitchens to visit as well, displaying items that would have been used by the Sultans back in the day. The Sultans were very fond of flavored jam!  Afterwards we made our way to Gulhane Park, located below the palace grounds, once the garden of the royal court. As we exited one end of the park, we crossed Kennedy Ave and walked along the Bosphorus. Here we had a great views of the outside walls of the palace, and the Galata Bridge. 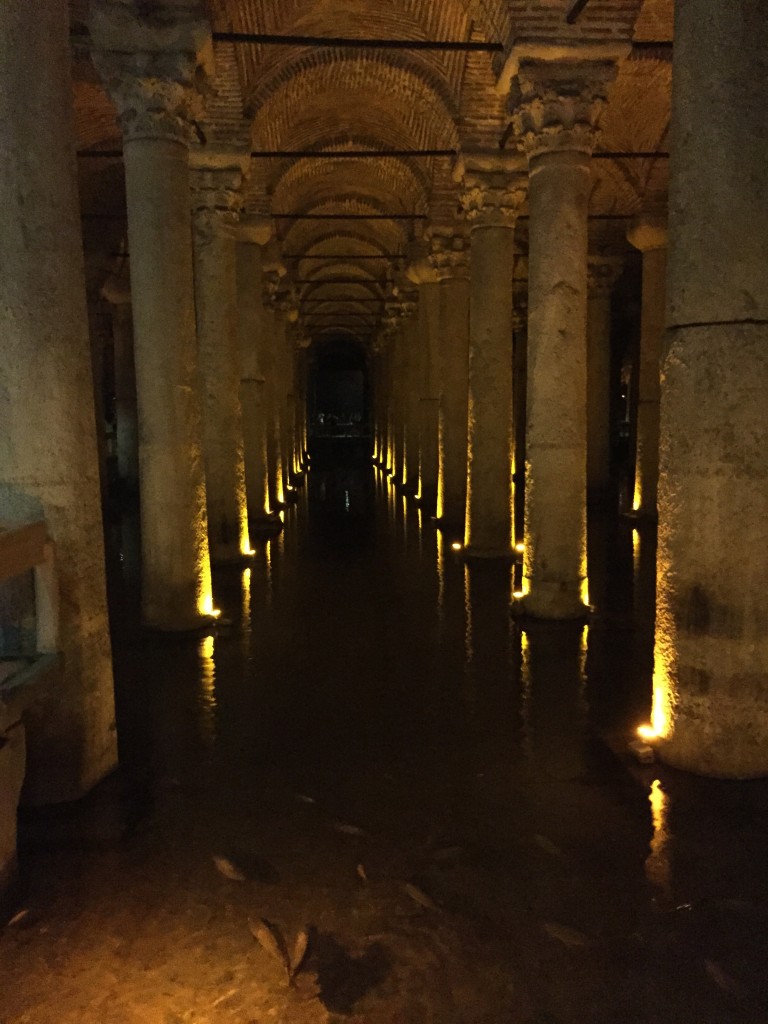 One attraction we really wanted to see was the Basilica Cistern or Sunken Palace, the ancient cisterns that lie beneath the city originally built to supply water to the Byzantine Palace. The history of this place is very interesting, and to see it for yourself is truly a unique experience. Make sure to look for the bases of  two columns in which the image of  Medusa is carved. Located at Sultanahmet Square, the cost is about 20TL per person. 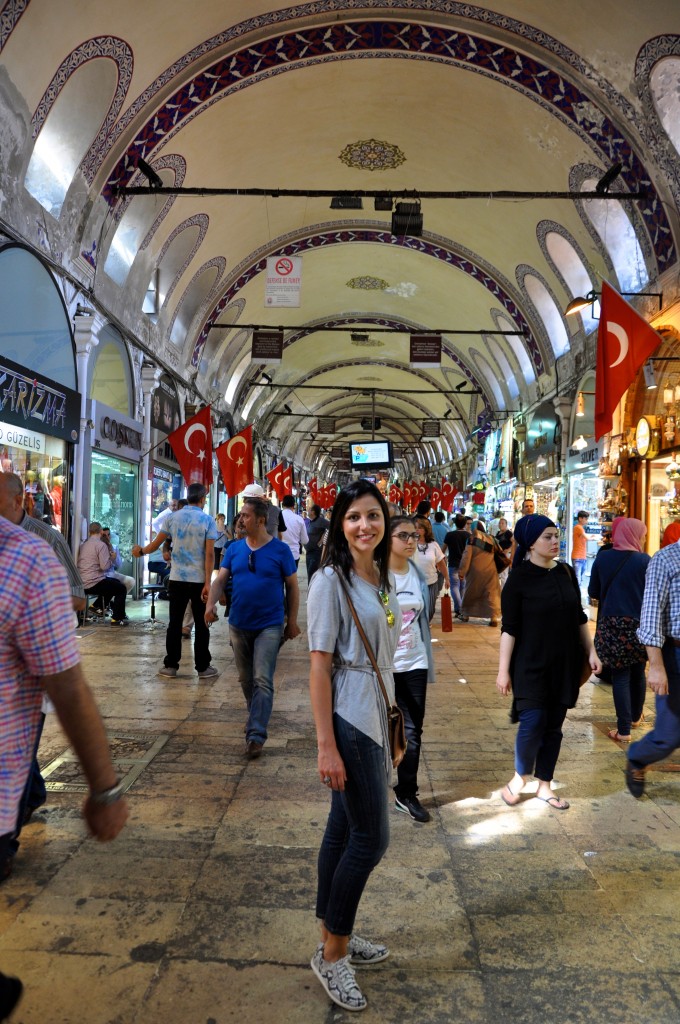 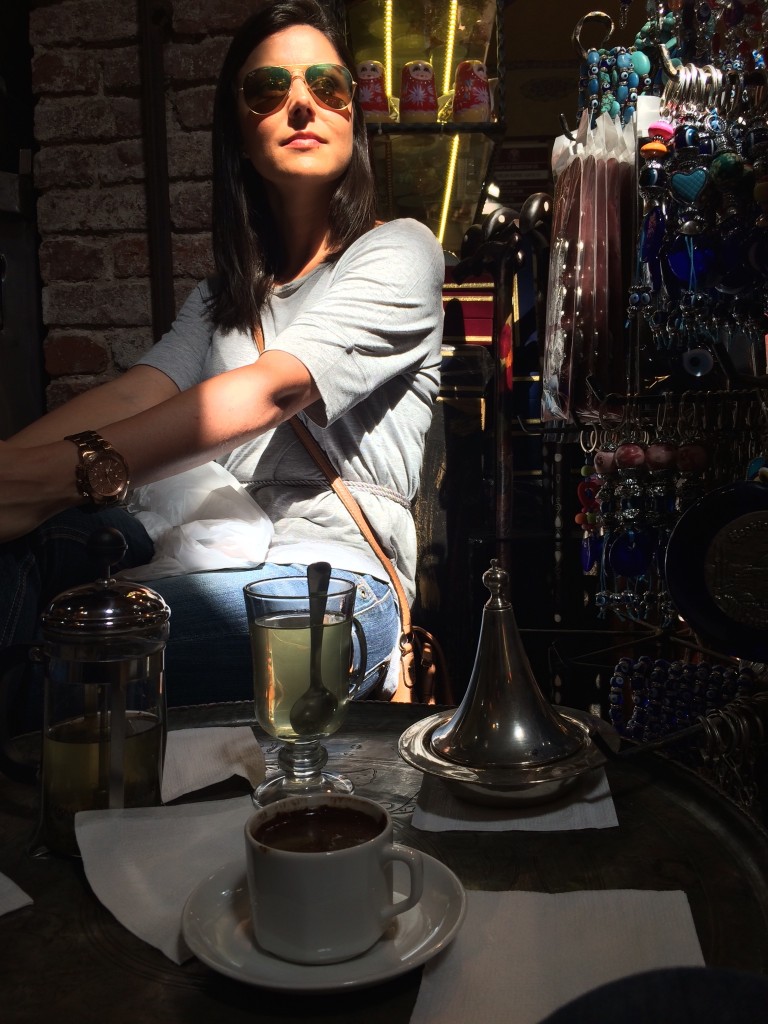 Ethem Tezcakar inside the Grand Bazaar

The Grand Bazaar, to call this place anything other than “grand” would be wrong. Talk about a labyrinth of shops, this is truly a place to get lost and have fun. Although we were a little apprehensive about being overwhelmed by pushy sales people, everyone trying to sell you a rug, it was quite the opposite in our experience. The Grand Bazaar was an exciting and fun place to stroll throughout. Not only were there shops to purchase merchandise but many small restaurants, cafe’s and one Turkish coffee shop in particular that we really enjoyed, Ethem Tezcakar (the address inside the bazaar is Halicilar Carsisi Sokak). Sit at one of the small tables and enjoy their tea, and deliciously strong, thick coffee. Trust me, you’ll have enough caffeine in your body to run across the Bosphorus to Galata Tower and back. A definitely more intense adventure was the Spice Bazaar. Full of spices, teas, confectionaries, and people, this was a colorful, crazy but awesome place to explore. Most salespeople speak pretty good English or little of every other language and their sales tactics are harmless and amusing. We found all the Turkish people to be very nice and fun to talk with. One vendor actually tracked us down inside the Bazaar to apologize for accidentally overcharging us for something we had purchased several minutes earlier, and refunded our money. We were so surprised that he actually looked for us! He told us how sorry he was, and how important it was for him to be viewed as an honest business owner. Now that’s what I call “bazaar.” We were very impressed. 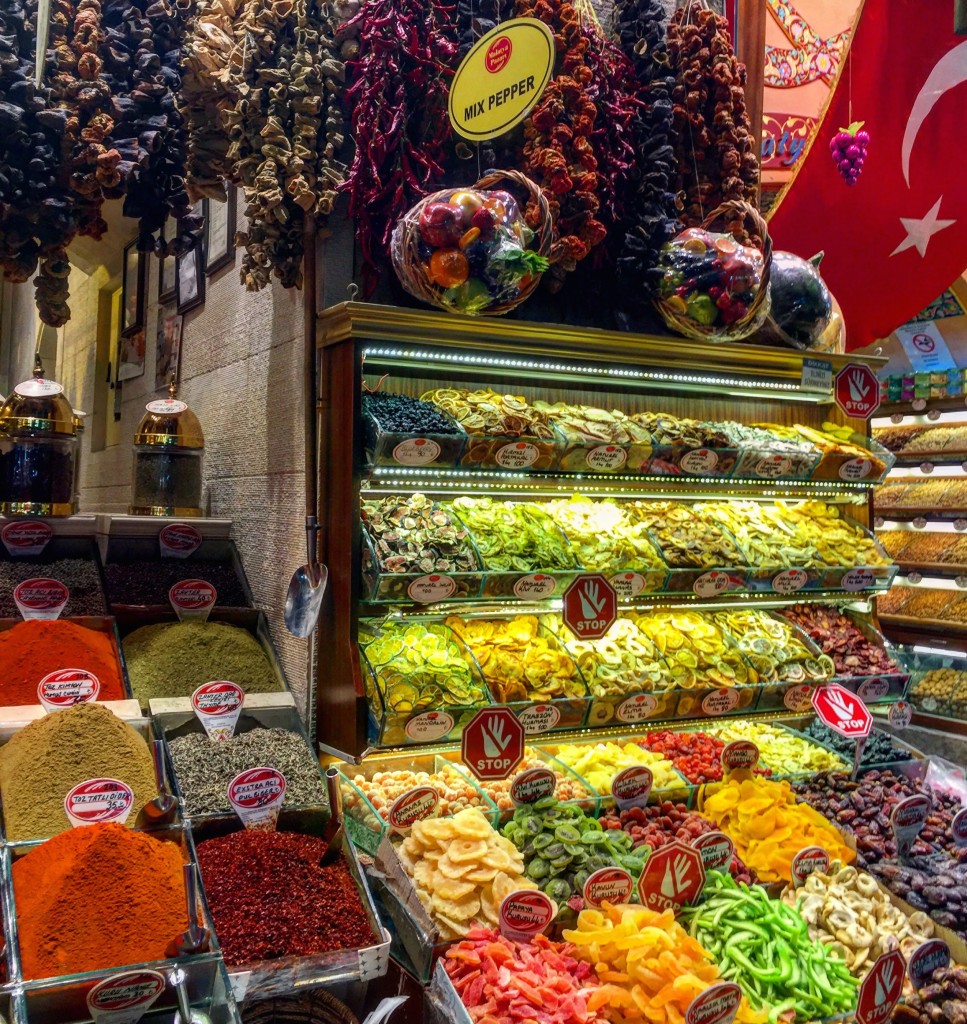 About two blocks from the Spice Bazaar is a small confectionary shop called Haci Bekir (Hamidiye Cadesi No.83) This is old school confectionary at its best, founded in 1777, and the place to taste and purchase some “Lokum“, Turkish Delight! They have several varieties of flavors, and they’ll let you try a few to decide which flavor, you wish to purchase. Our favorite was the pistachio, but some of the fruit flavors were delicious as well. Besides Turkish delight, we tried some tasty halva and pastes, made from almond paste. There are several locations throughout Istanbul, including one shop on Istiklal Street, and you can also find their products for sale in some of the shops at the airport. 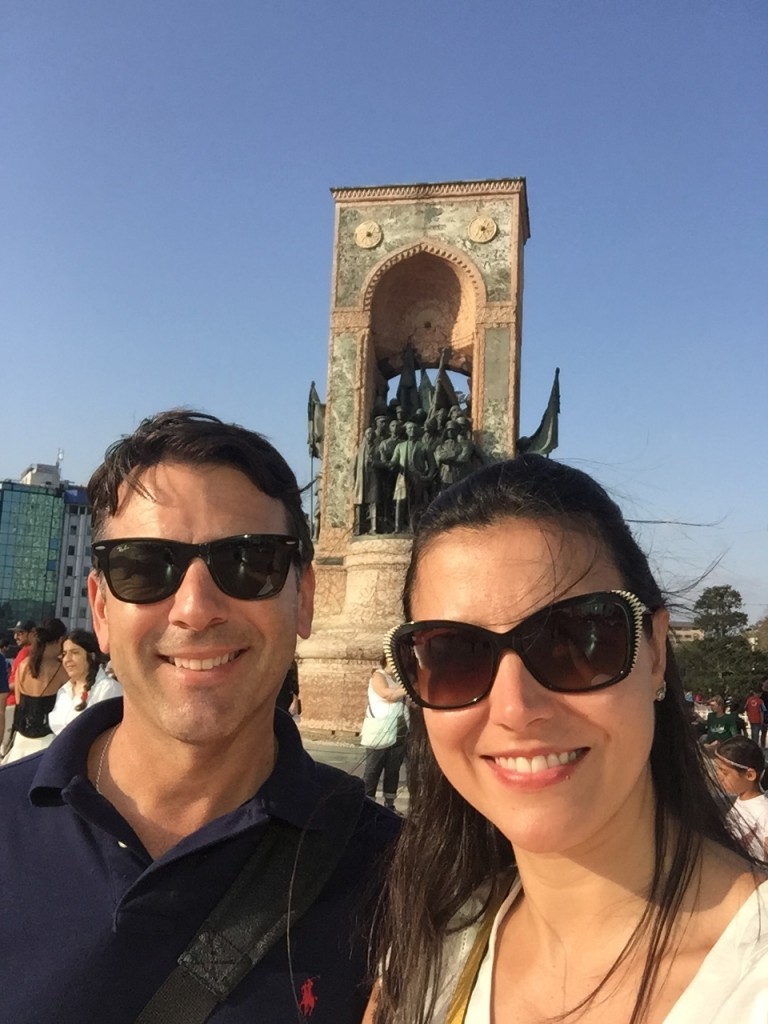 We visited Taksim Square, at the top of Istiklal Street, the more modern area of Istanbul where crowds of people gather and socialize. Here we found vendors selling souvenirs, simit, misir, and the much photographed Independence Monument. You can get here, by subway, Taskim Square stop, or take the trolley which begins here and runs along Istiklal Street. 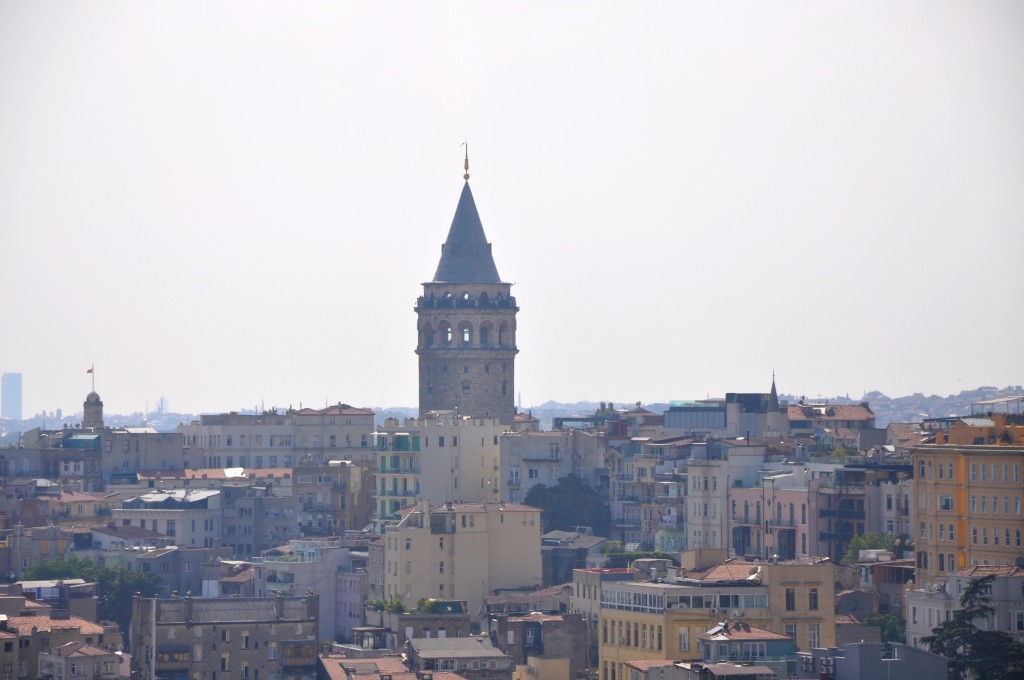 Just off the square, (Siraselviler Cadesi No.7), we stopped to enjoy some local fare at Faruk Gulluoglu, a pastry shop with a dizzying display of sweets in their window. We tried their Knafeh, Baklava, Turkish delight, homemade lemonade with mint and drank their strong Turkish coffee. Prices were reasonable and the service was great. The staff spoke good English and were happy to hear that we had learned a few phrases in Turkish. We then walked down Istiklal Street, a long pedestrian street lined with hundreds of shops and restaurants, brand name and local including several bazaars along the way. With musicians playing and vendors yelling “Kebab”, we dodged the trolley which runs along the length of the street, and took in all the sights along this very busy and lively street in the heart of Istanbul. At the end of Istiklal street stood the imposing Galata Tower. This is a strikingly beautiful structure, which you can climb to the top to grab a glimpse of Istanbul from above. We took a few photos from the street, but didn’t climb the stairs because we had a similar view from our hotel rooftop, at the Witt Istanbul Hotel, during the second half of our trip to Istanbul.

Outside of the touristy areas are plenty of other neighborhoods to explore. One afternoon we decided to visit the Zincirlikuyu quarter on the European side. Here we found the Zorlu Center. This is a fantastic mall to do some shopping with the locals, and it’s simple to get to from Taksim Square.  We took the metro from Taksim Square to the Gayrettepe stop. It was about 20 minutes or so, and once exiting the stop, we just followed the signs to the Zorlu Center and we were on our way.

There is so much to do in Istanbul, that we’ll need to visit another time. Visiting historic sites, shopping, dining, or just sitting down with some tea and watching life in Istanbul go by, we found a city full of life, history and hospitable people happy to share their city with us. Tesekkur ederim, Istanbul!